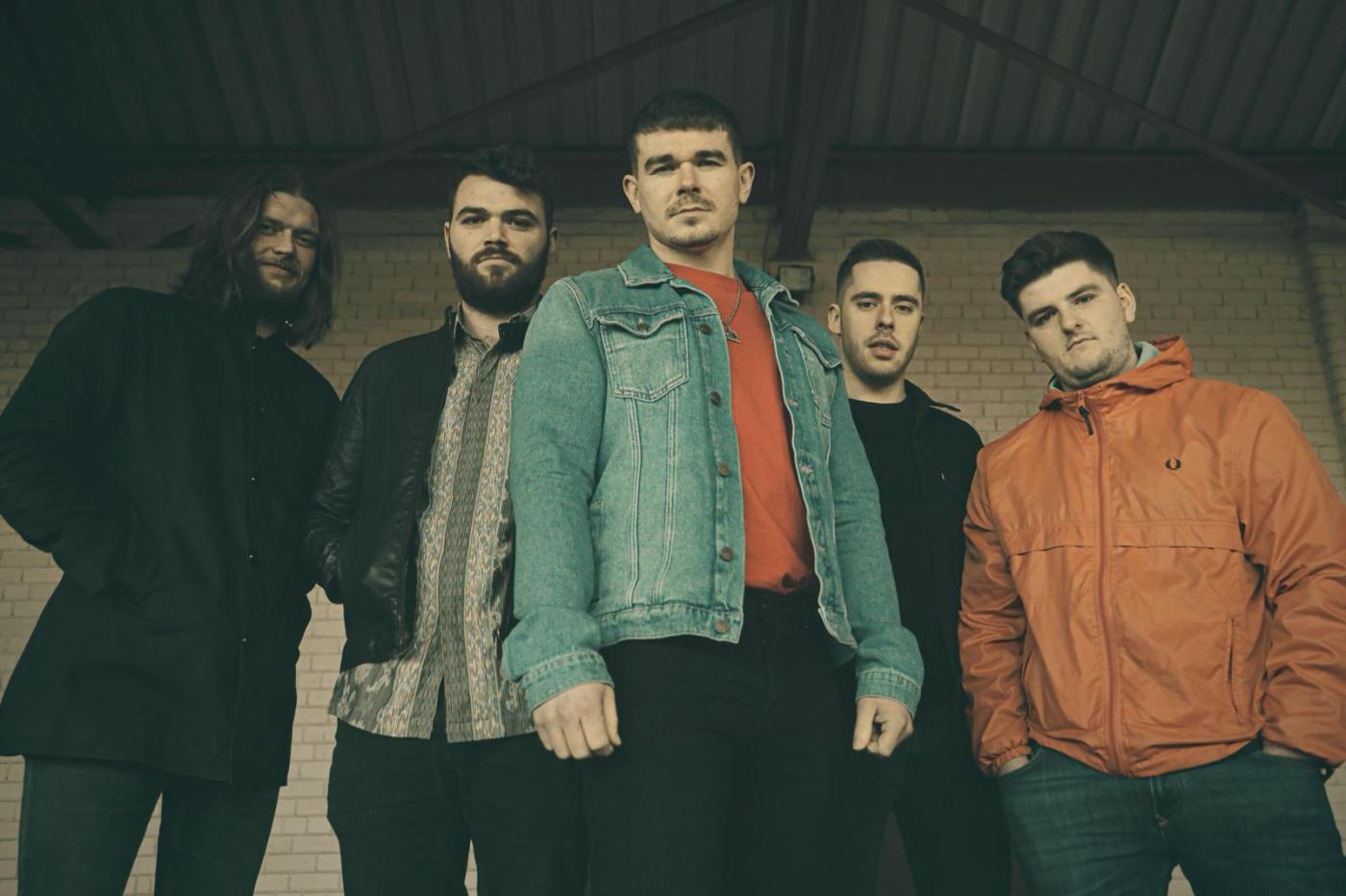 Emerging indie-rock five-piece, Docksuns return with their most recent single, ‘Blew Up A Kiss’. Released on January 29th, the track is an intense, gritty, and roaring rock’n’roll inspired anthem, complete with an effortlessly catchy hook and a fuzzy bass-line.

Hailing from Sunderland, Docksuns formed back in 2019 with the goal of one day being able to perform at Glastonbury wearing Sunderland football shirts (which would be truly iconic).

Composed of James Baxter’s vocals and guitar, Adam Dawkins’ bass, Glenn Laws’ drums, and guitar from both Neil Douthwaite and Stephen Keogh, Docksuns are known for their catalogue of electrifying rock’n’roll inspired tunes.

Their most recent track is no exception. Driven by energy and momentum, ‘Blew Up A Kiss’ is a big, well-produced, and fun-sounding rock ditty, complete with raspy vocals and a rousing hook.

Fuelled by emotion, the track explores the past experiences of frontman and lyricist James Baxter, and touches upon current political happenings.

Describing the lyrics, he explains: “fuelled by an explosive breakup the chorus delves into the scene after an ‘incident’ with attempted suicide and coupled with a quote from a Martin Luther King speech in which he talks about violence and freedom, really fitting for this track.”

Having already played at a number of popular venues across the region, as well as being featured multiple times on both BBC Introducing and Amazing Radio, Docksuns are on the rise.

Although their music doesn’t quite align with my personal taste, I’m looking forward to when gigs are allowed again as I know for a fact that Docksuns would absolutely slap live.

Here, have some memes
Apologies for the inactivity! Just posted my review of @honeyfluxband’s single ‘Hourglass’ released back in mid-summer. Thanks!! Link in bio :)
New review up on the site! This ones of @docksuns’ new release ‘So Cold Love’ - go check it out (link in bio)! :•)
Long awaited review of @hannahrobinson_music’s debut EP ‘Dark Desires’ - perfect for fans of Wolf Alice, Daughter, Ladyhawke & Best Coast🌹
New review up (finally!)
Our new writer @jjdaveo penned this beautiful review of @amateurornithologist’s debut single ‘Birds Fly Over Me’🕊