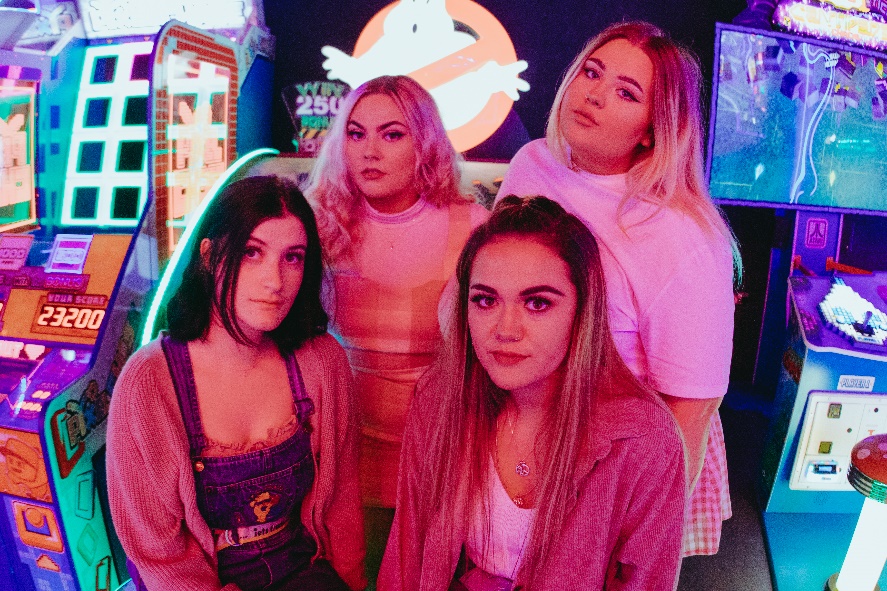 ‘Dancing with Demons’ is a passionate and well mixed indie-pop anthem, complete with rich vocals, upbeat instrumentals and an extremely catchy hook, which was just made to be sung and danced along to.

Accompanying the single, Komparrison shared their fun-loving music video for ‘Dancing with Demons’ (aptly) back on December 31st. The track is a full-sounding and carefree, feel-good indie anthem, which is a great listen for fans of Lily Allen, The Wombats, Two Door Cinema Club & Kate Nash.

The lyrical content is descriptive and engaging in its storytelling, which focuses on the relief of a carefree and reckless weekend after facing a multitude of weekday struggles. Having been inspired by outspoken female soloists such as Lily Allen and Orla Gartland in their song-writing, Komparrison are not afraid to put a light-hearted spin on more gritty topics, all from a female’s perspective.

Amidst the on-going pandemic, the context of its ‘dance away your troubles’ message gives the track an edge: “Our favourite past-time is corrupting our lungs”, they exclaim, light-heartedly highlighting the self-destructive path that the several national lockdowns have led us down.

Being no strangers to the North East music scene, Komparrison originally comprised of lead vocalists, Kaitlyn and Elise, who spent four years establishing themselves as an acoustic duo before expanding into a full band in 2020, introducing Ellie, Jess & Elliott.

The band has been featured several times on BBC Introducing Tees and has worked closely with the likes of Martha Hill, Eve Conway & Kay Greyson. Having already performed at several national festivals and sold out gigs, as well as supporting the likes of Martha Hill & The Southmartins, Komparrion have definitely stamped their mark onto the scene.

With plenty of singles in the works, as well as an EP that is set to be released in autumn, Komparrison is a local pop group to watch over the next year.

Here, have some memes
Apologies for the inactivity! Just posted my review of @honeyfluxband’s single ‘Hourglass’ released back in mid-summer. Thanks!! Link in bio :)
New review up on the site! This ones of @docksuns’ new release ‘So Cold Love’ - go check it out (link in bio)! :•)
Long awaited review of @hannahrobinson_music’s debut EP ‘Dark Desires’ - perfect for fans of Wolf Alice, Daughter, Ladyhawke & Best Coast🌹
New review up (finally!)
Our new writer @jjdaveo penned this beautiful review of @amateurornithologist’s debut single ‘Birds Fly Over Me’🕊